During the signing ceremony in Bangkok, attended by the German Ambassador to Thailand Georg Schmidt, the Ministry of Natural Resources and Environment (MoNRE) confirmed its intention to implement policies to minimise N2O emissions from nitric acid production in the long term.

Following this decision by MoNRE, the Thai nitric acid plant “Thai Nitrate” became eligible for financial support from the NACAG Secretariat to install catalysts for mitigating N2O emissions and measuring technology in its production facilities. The emission reduction potential in this sector in Thailand amounts to approximately 180,000 tonnes of CO2-equivalent per year, which is equal to about 120,000 flights between Bangkok and Berlin.

Mexico, Zimbabwe, Georgia, Tunisia, and Uzbekistan have also already signed the SoU. Another eight countries have joined the NACAG Declaration, committing to the goals of NACAG and are considering signing the SoU as a next step. NACAG is also in close discussions with another 15 countries to offer political and technical support. 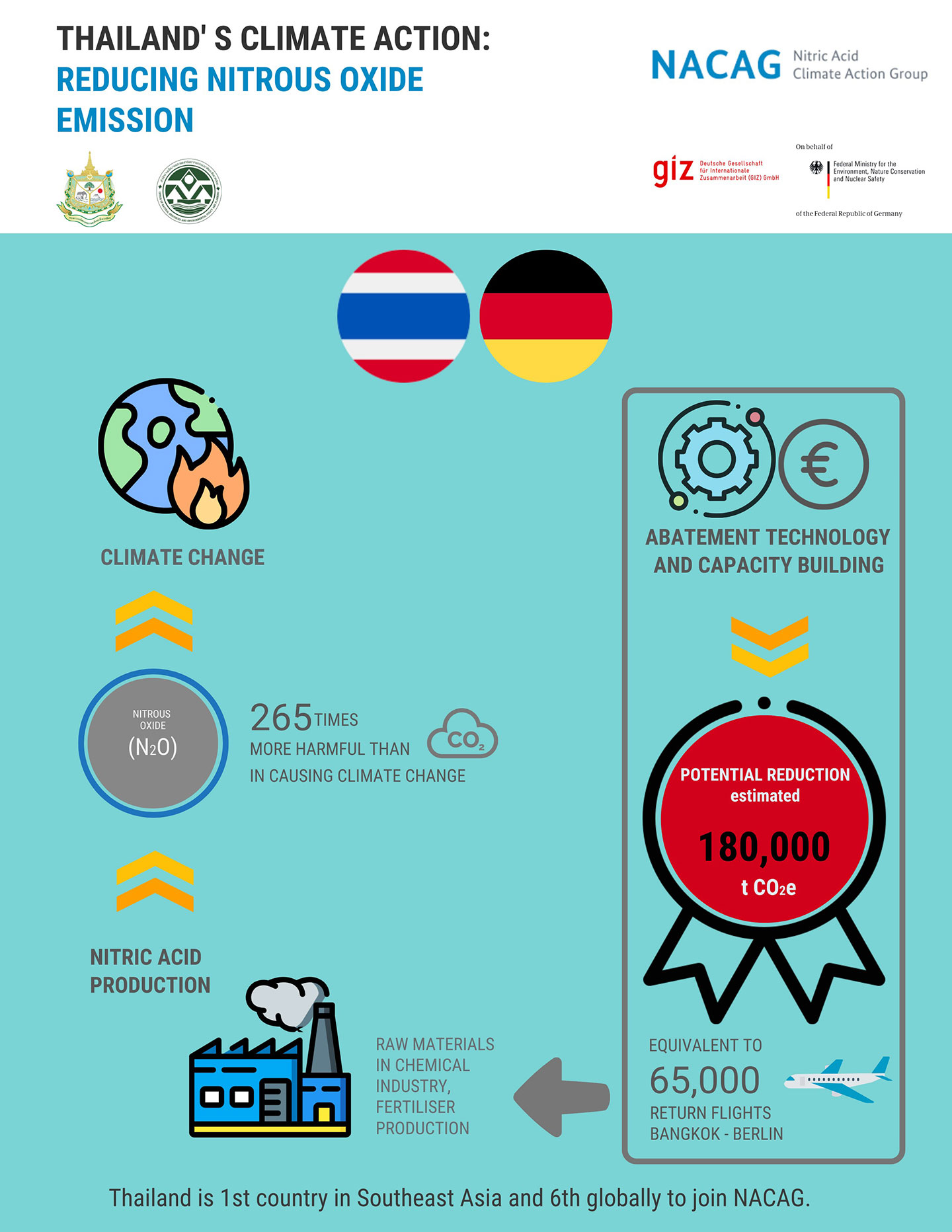